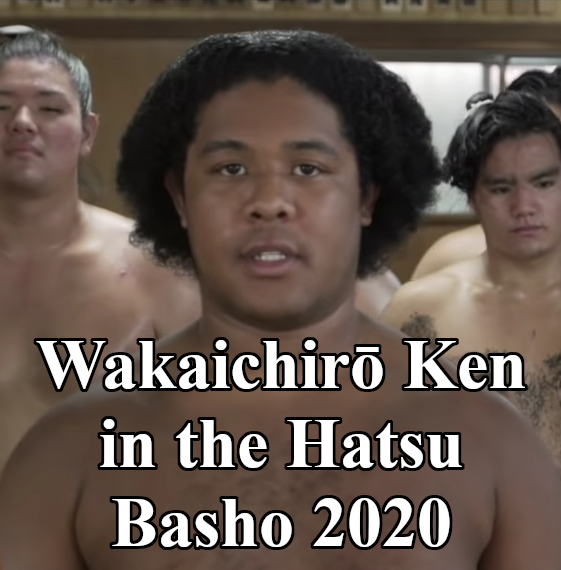 Wow!  What a basho!  The Hatsu Basho 2020 may have been the most exciting basho in years.  With both yokozuna dropping out so early, the field was open to absolutely anyone – and the result proved it!  Tokushoryu has been a juryo mainstay for the past two years, making some appearances in the makuuchi division.  In the Hatsu Basho 2020, he was ranked at the very bottom of the top division, 17 west, but he showed that he had the size, skill, and tenacity to win it all.  And he did!

It had been almost 80 years since someone ranked so low won it all, and the rules of sumo were a little different back then.  For starters, there were only 13 matches in a basho.  So, you could say that a performance like Tokushoryu has never happened before.  Quite the once-in-a-lifetime event!

Beyond the winner, there were several other noteworthy performances.  Shodai gave Tokushoryu a run for his money, but finished only one win short.  Also, I thought the narratives surrounding Takakeisho were very interesting.  He went 11-4, but many considered this basho to be a failure for him.  It seems that Takakeisho has entered all-or-nothing territory from a fan perspective, which is usually reserved for yokozuna.  A lot of fans also felt that Tokushoryu’s yusho wouldn’t be legitimate unless he beat Takakeisho, which is again a perspective typically reserved fro yokozuna.  Maybe Takakeisho has become a pseudo-yokozuna – at least when the true yokozuna are out with injuries.

Also, juryo had a lot of interesting storylines.  I won’t discuss most of them, but the return of Terunofuji may be the most exciting.  He is starting to look like his old self again.  I don’t think he’ll get promoted to makuuchi after this basho, but I think this is a good thing.  He looked great in victory, but he didn’t seem to be quite ready for makuuchi.

Lastly, Wakaichirō also had a wonderful showing!  I was extremely happy with his performance, and I am sure that he is proud of himself too.  I won’t say much here, but be sure to check my comments after the gifs below.  I don’t want to spoil things too much!

That all seven matches!  Wakaichirō finished with a 5-2 record from the sandanme 64 rank.  That is quite spectacular!  Two basho ago, he performed just was well from the sandanme 67 rank, and some fans thought it may have just been a fluke.  I think his performance in the Hatsu Basho 2020 proved that it wasn’t and Wakaichirō is above the mid-sandanme competition.

As seen in the seven gifs above, Wakaichirō has improved leaps and bounds over the past year.  He seems much stronger than he used to, but he also seems to have a much better sense of balance.  A year ago, the smallest shift by his opponent during a thrusting attack could have set Wakaichirō off balance.  Now, Wakaichirō’s opponents must use a skillful counter to stop his flurry of attacks – and even then it might not be enough.

Of course, there is always room for improvement.  When the thrusts don’t work, Wakaichirō doesn’t have an effective second option right now.  But, then again, neither does Takakeisho and he is an ozeki.  Maybe Wakaichirō will reach the same heights one day. . .or maybe the heights of Abi?

Wakaichirō should end up around the sandanme 32 rank.  He has been around that rank once before (last basho), and he had a 2-5 record.  Wakaichirō tends to show new-rank jitters, and I think he will feel more comfortable this time around.  I predict that he will have a 4-3 record next basho.  You heard it here first!