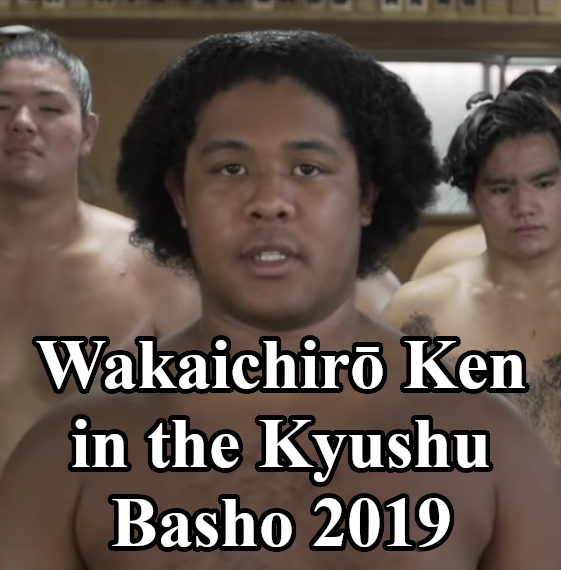 That’s all for the Kyushu Basho 2019!  In makuuchi, the boss is. . .well. . .still the boss.  Hakuho grabbed the yusho, and he made it seem almost easy.  He had a final record of 14-1, whereas the two next highest (Asanoyama and Shodai) had records of 11-4.  Going into the basho, I thought that there was no way that Hakuho would perform so well.  Recovering from an injury at his age is no easy task, but, like everything else, he made it seem like a walk in the park.  Let’s hope that he can stay healthy in 2020.

Otherwise, in makuuchi, we had a lot of unfortunate injuries and under-performing rikishi.  A lot of people seem to be souring on Mitakeumi already, and others seem disappointed that Takakeisho couldn’t give Hakuho a real run for his money.  It was also disappointing that Kakuryu, Goeido, Takayasu, and Tochinoshin could not complete their appearances in the Kyushu Basho 2019.  Hopefully they can recover sooner rather than later.

Juryo had a fantastic showing, however.  It was the closest yusho race in recent memory with seven rikishi finishing in contention for the yusho: four with 11 wins as well as three with 10 wins.  The four-way playoff was extremely exciting, and Azumaryu took home the gold.   Others near the top were Ikioi, Kaisei, Kiribayama, Tochiozan, Kotonowaka, and – one of my favorite in juryo – Kizakiumi.  I should also note that Hoshoryu, despite a 7-8 record, will be staying in juryo to start 2020.

As for Wakaichirō, he was competing at his highest rank ever – sandanme 35e.  This would put him up against his hardest competition ever, and the upper ranks of sandanme are much different than the lower ranks of the division – what Wakaichirō is used to.  So, even picking up a couple wins would be an accomplishment for the young rikishi.

Below are gifs of all the matches, followed by a discussion of the results.  Please email me at NorthAmericanSumo@Gmail.com if you have any questions or comments!

While Wakaichirō’s record was only 2-5 during this basho, I think he looked very good overall.  There were only one or two matches that Wakaichirō seemed outclassed, whereas he was clearly in the match – or even won – for the other five or six matches.  Given that Wakaichirō’s rank during the Kyushu Basho 2019 was the highest that he has even been (by far), I think that Wakaichirō’s performance was an overall success.  I know that he would have preferred the kachi-koshi, but he now has an assessment of how well he can perform at this level – and the answer is quite well.

Let’s hope that Wakaichirō can say healthy as we move into 2020.  If he can, he can easily return to his kyushu ranking rather quickly.  If not, we may see him in the low- to mid-sandanme for a bit longer.  Either way, I would love to know Wakaichirō’s goal for 2020.  For 2019, it was to get a kachi-koshi in sandanme, and he blew it away.  Maybe reach makushita?